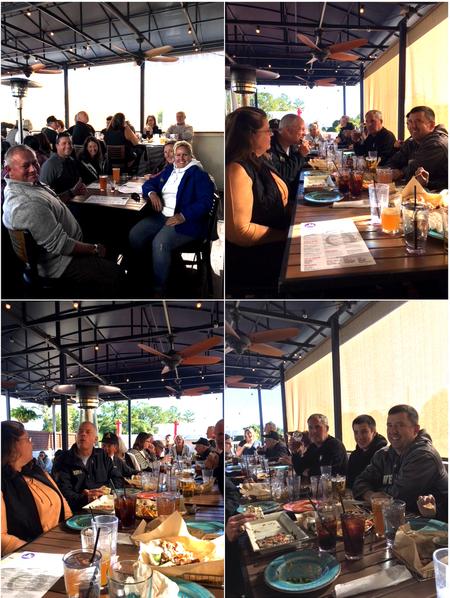 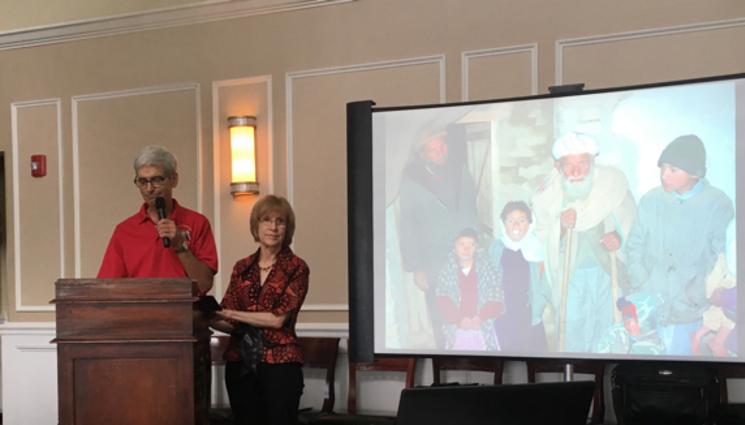 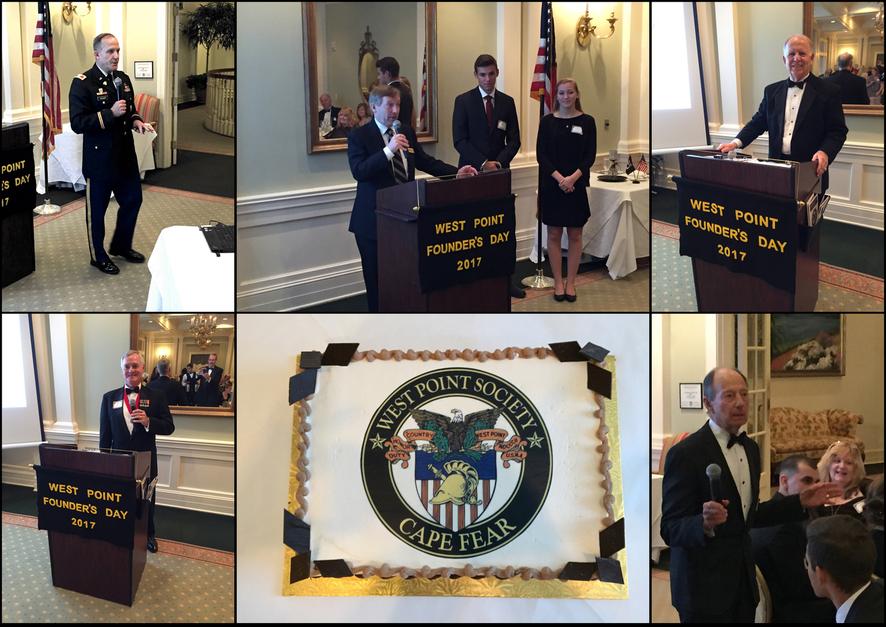 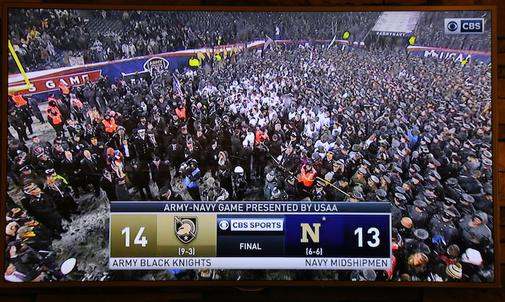 At our Annual Business Meeting, held at the Pilot House on 13 October, we were pleased to announce achievement of our first 2017 Distinguished Society Award from AOG, an accomplishment we can all be proud of.  The effort was led by board member Rick deMoya (’71), evidenced by the battle streamer on the new banner he flanks in the photo above.  We also elected next year’s board of directors and officers.  The event was held at The Pilot House in downtown Wilmington on the Cape Fear River. 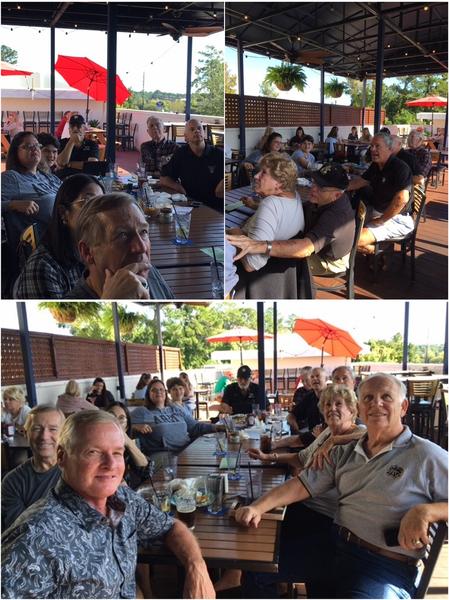 Dan (’78) and Heidi Ludwig hosted another successful Army-Navy Game party at their home in Wilmington.  When the game was in the balance Dan lead a rocket that delivered not only a game win but also the CIC Trophy!  Below are some candid shots of the rabble taken during the game.

In June the Society joins forces with the Cape Fear Men's Club to provide a graduate speaker at their High Nooner's Luncheon.  This year we were privileged to learn about the fascinating careers of Society member COL(R) Mark Jackson (’74) and his wife COL(R) Jeanine Jackson, who spoke about their service as soldiers and diplomats in a talk entitled:  “C-Rations to State Dinners.”  The Jacksons presented a sweeping travelogue depicting their 30-year service around the world, including more than 30,000 miles within the African continent.  Notably, they were first on site in 2001 to reopen the U.S. Embassy in Afghanistan. 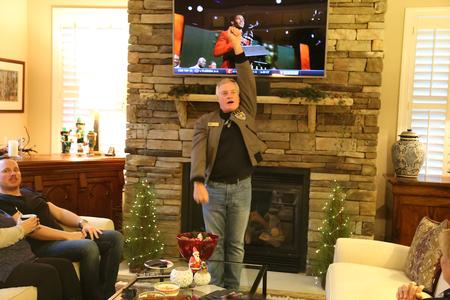 On 18 March we held our annual Founder's Day celebration at the Cape Fear Country Club.  Our guest speaker was COL Barry Shoop, Professor and Head of the Electrical Engineering and Computer Science Department at USMA.  We were entertained by “Oldest Grad” COL(R) Joe Rogers (’51) who gave an amusing talk about the role of his wife, Jean, during their journey through the Army together.  Our Youngest Grad was 1LT Chris Posadas (’13), who spoke about some of the tough choices that he had to make during his early career as a Marine, doing his alma mater proud.  Rick deMoya (’71), who leads the local USMA admission field force, introduced our two local rising cadets Matt Caropolo and Chloe Deets, Class of 2021.